A new £500,000 deal to supply a second high-speed precision stamping press to Harwin was the highlight of Bruderer UK’s appearance at MACH 2016.

The press manufacturer, which has offices in Birmingham and Luton, signed the contract at the NEC, which will see a new BSTA 280-75 B2 head to the South Coast in June.

Managing director of Bruderer UK, Adrian Haller explained: “MACH was one of the busiest shows I’ve been to and we had lots of interest in our technology, our relationship with Zani presses and the introduction of Biegema [experts in bending and forming of complicated parts] products to our range.

“The headline news was completing a deal with Harwin to supply a second Bruderer BSTA 280-75 B2, two years on from when it first invested in this machine at MACH 2014.”

He continued: “We have been working with the company for more than 32 years and understand the technical capability and accuracy it is looking to achieve…two attributes Bruderer presses deliver in abundance.

“The latest £500,000 order comes just a month after we announced a £10m contract with Sertec and paves the way for 2016 to be a record breaking year for us.”

Harwin, which manufactures high reliability connectors and innovative PCB hardware, is expecting the new press to help it increase efficiencies and attack new opportunities in aerospace, instrumentation and industrial markets.

The integration of the planetary gearbox allows the firm’s engineers to have full control of tooling that is necessary to produce test runs of new products that will drive the future of the business.

Operations director Paul McGuinness, who is also overseeing completion of a new 3,000 sqm factory extension at Harwin, commented: “This is the second Bruderer BSTA 275-75 B2 with BPG we’ve purchased; the first one had a major impact on the business as it enabled us to do away with a separate development press.

“We now put new tools through at the lowest stroke rate which can be less than one 1 spm if required and still utilise full press capacity, in this case 28 tonnes – allowing us to identify any issues before flicking a switch for full production.”

McGuinness concluded: “There are lots of advantages, including increased efficiency, reduced costs and a reduction in machine shop space. In addition, the flexibility of the machine opens up possibilities for more complex formed stamped parts to be developed.”

Visitors to the company’s stand were impressed with the performance of the high-speed press, which was manufacturing live parts for use in a new DIY innovation.

The machine boasts 1,600 strokes per minute and comes with an impressive tool loading area of 1,100mm, ideal for more complex progression press tools.

More than140 speculative enquiries were taken in total during the five days and new orders are expected to follow shortly. 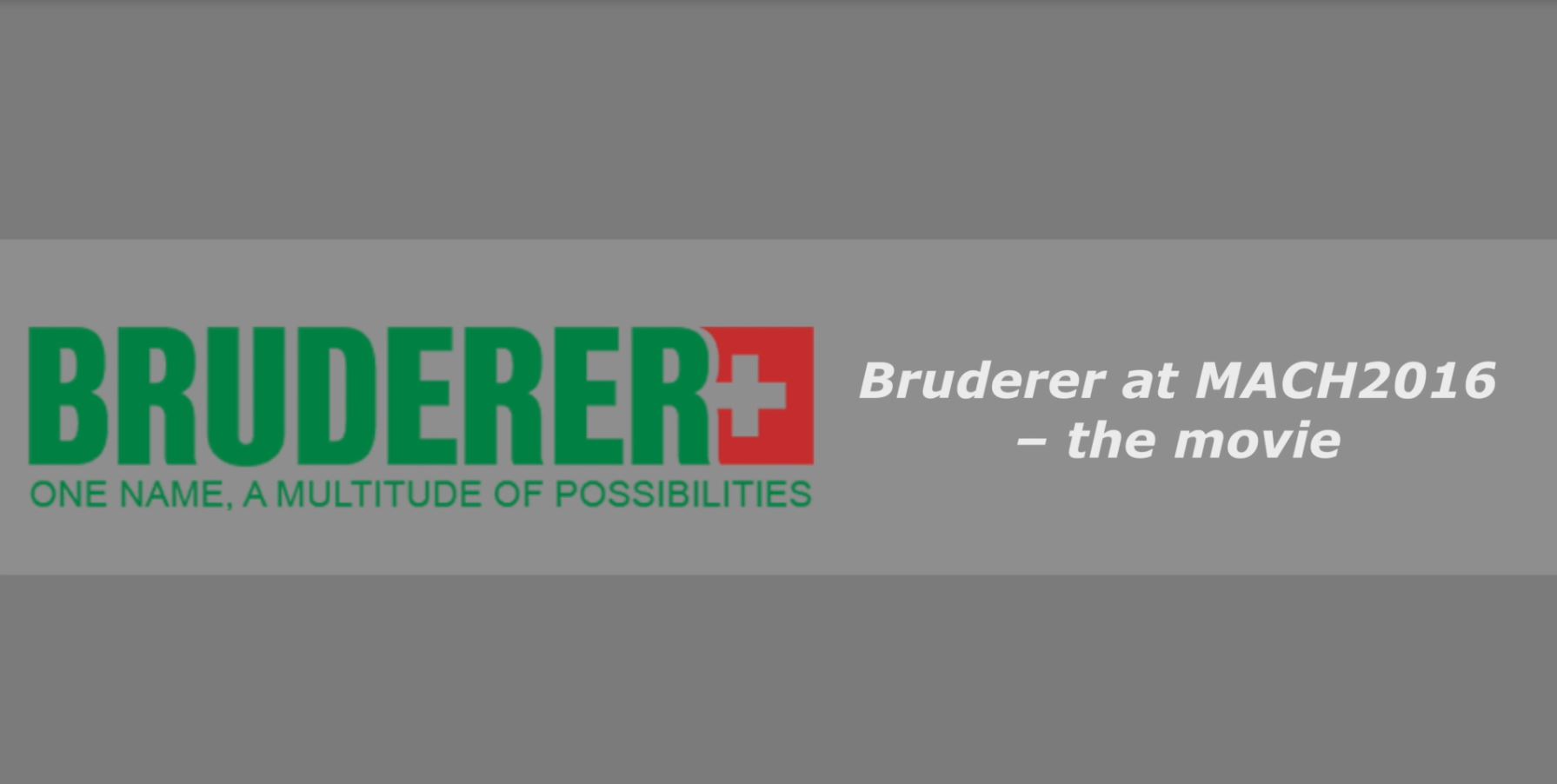 Bruderer At MACH Exhibition 2016 – The Movie

A movie well worthy of an Oscar! We've put together a short... read more 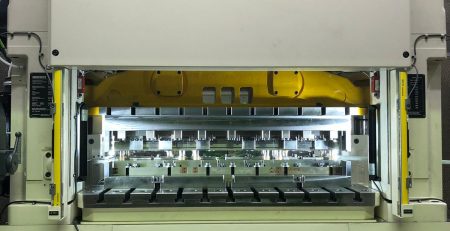 A significant £1.5m investment in a new high-speed production cell is... read more 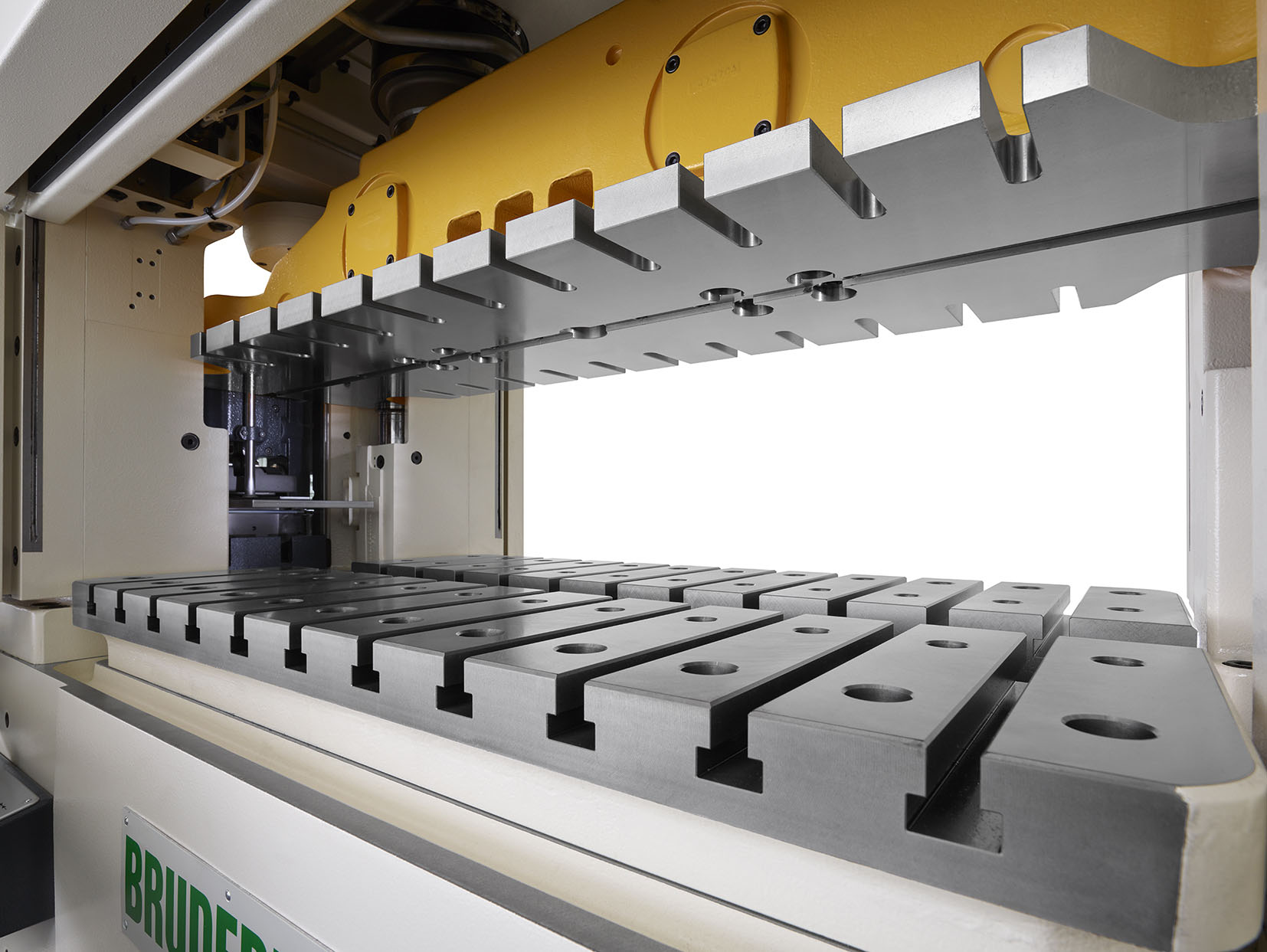 One of the UK’s leading suppliers of high quality punching technology... read more 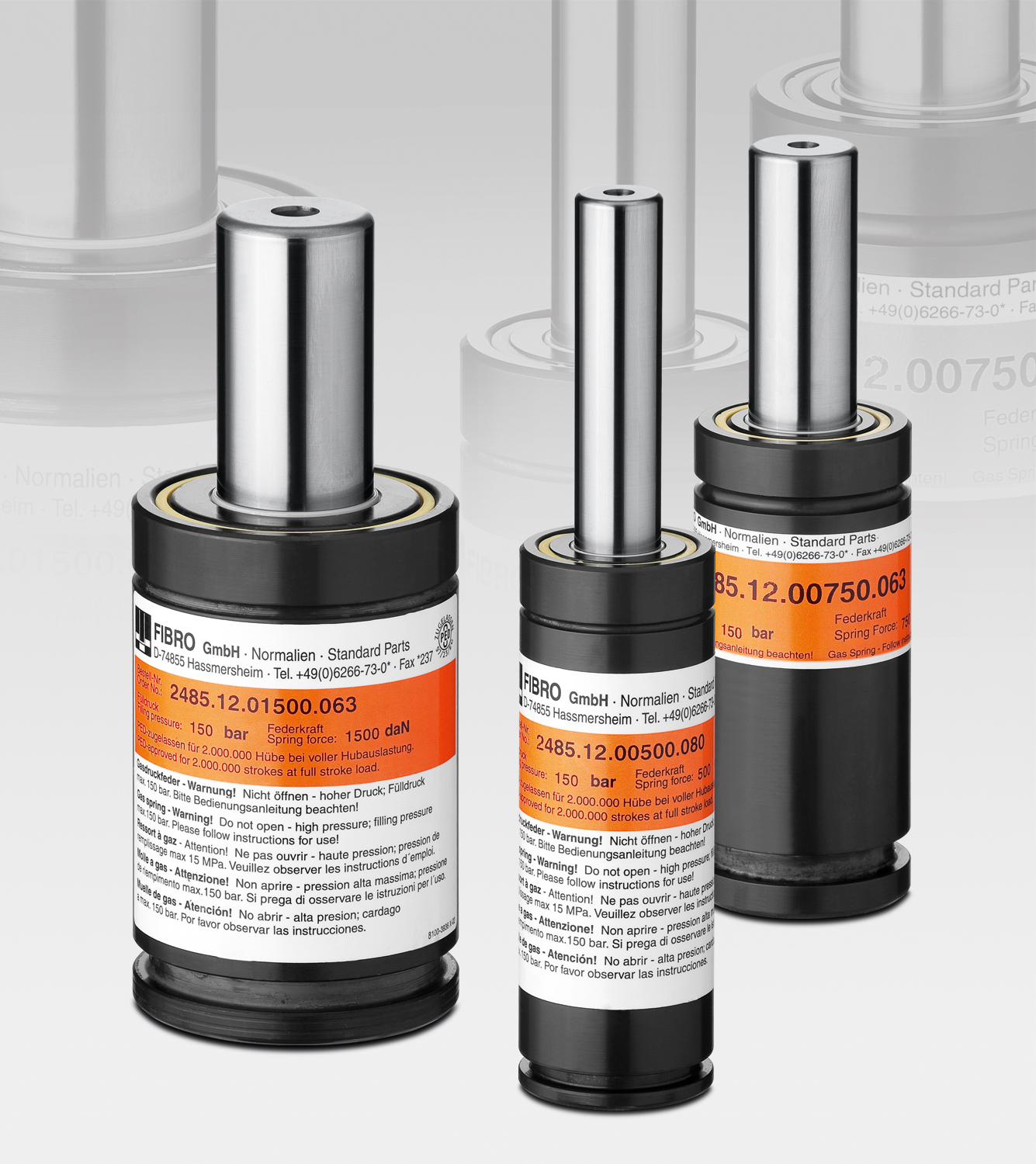 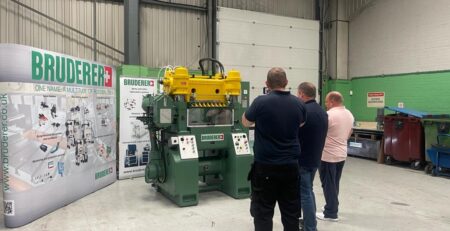 It's always a pleasure to welcome visitors to our works. Today we... read more

With your decision to purchase a BRUDERER high-speed stamping press, you... read more 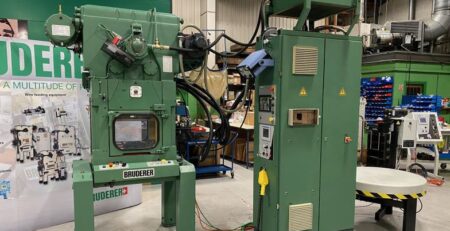 A specialist in precision pressed parts and machined components has invested... read more

An Interview With Adrian Haller, MD at Bruderer UK Ltd